‘I hope that the younger generation would be self-confident, self-assured, and willing to face the hard task of protecting and promoting human rights. They can trust that people like me will always have their back.’ ‒ Interview with Clarence Chou, Chair of Board, Taiwan Association for Human Rights (TAHR)
11 November 2021 1:42 pm 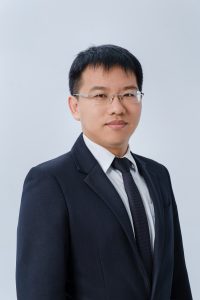 This month, FORUM-ASIA talked with Clarence Chou, Chair of Board, Taiwan Association for Human Rights (TAHR). In the interview, Clarence talked about how persistence and collaboration between diverse stakeholders can bring about positive change.

The first time I was exposed to learning about human rights issues was in 2005 when I participated in a summer camp organised by the Taiwan Association for Human Rights (TAHR). During the programme, I heard from a range of speakers on the topics of international human rights law, indigenous rights, and how to campaign. I found great illumination through this activity.

Fast forward to 2016 when I became a board member of TAHR, I started working with FORUM-ASIA and realised that being a part of a regional human rights network is important. For example, we can work together in providing emergency assistance to refugees and asylum seekers, enhance national-level human rights mechanisms across Asia and potentially even establish a regional human rights court in the future!

In addition to NGO work, I have been a practising lawyer for over ten years and have studied law for more than twenty years. Some cases I worked on were truly challenging. In the pursuit of uncovering the truth, I found out that a person convicted of something may have been systemically disadvantaged and marginalised by culture and legal structure that only benefitted a few. I recognise that I am seldom excluded or discriminated against, as a man with a legal professional who speaks Mandarin and Taiwanese. However, if our systems disproportionately impact certain groups and perpetuate marginalisation, we must do something to change those systems. This has been my motivation.

Since 2013, I have been a part of a group that works on labour law issues. In the past, we confronted unfair employers to advocate for better protection of workers, but now we are scaling up our advocacy effort to hold the government accountable to ensure rights for all workers.

The whole story began in 1996 when several factories in Taiwan went out of business and their employers fled, leaving hundreds of employees without severance or retirement payment. The workers organised protests, which led to the Council of Labor Affairs (CLA) devising a plan to hand out severance and retirement payments to the workers as loans, promising them that they would not have to repay them and that their former employers would be held responsible.

However, in 2012, as the repayment deadline approached, the council backtracked on their word and demanded the workers to repay the debts. They sued those who were unable or refused to repay. The CLA appointed lawyers to file more than 300 lawsuits against 500 labourers and their families, which triggered another wave of protests by the workers.

Workers, civil society organisations and lawyers got together to strategise how the workers could claim their rights. It was a unique collaboration between diverse stakeholders, and not just lawyers, to work on these legal cases. Two years later, on 7 March 2014, 12 of the workers won the first judgments in the Taipei High Administrative Court. The Court ruled that the then payment was indeed compensation rather than loans and that the repayment claim was not legally supported due to its expiry of the five-year period of prescription.

Then on 10 March 2014, the Ministry of Labor (which replaced the CLA) declared that it would drop all lawsuits pending at various courts against more than 200 members of the National Alliance of Workers of Closed-Off Factories. The way different stakeholders worked with each other to produce positive results was an inspiring moment for me.

Civil society organisations often challenge government public policies to defend peoples’ freedoms and liberty. It is legitimate to question authoritative regimes or dictatorships, such as that in Taiwan before 1990. Now in Taiwan, we have peaceful, open and fair regular central and local elections, including for the election of the President and the Congress.

How we convince the majority to protect the rights of minority groups, however, is another momentous task. At TAHR, we use different ways to communicate with public authorities and with private actors because we recognise that they play different roles in society. On top of that, unlike the government, ordinary people can have varying and differing thoughts and opinions. We engage not only with people who have the same ideas as us, but also reach out to those who hold differing views or are apathetic towards human rights.

Most of the time, we are able to change people‘s believes and are successful at changing the policies as well. Sometimes, we find that we need to work with the government to spread the value of human rights in order to shift people’s biases. For example, we needed to do this in order to pass the anti-discrimination law. Despite the challenges, we forge ahead through difficulties and hope to carry out our faith in the long run.

A Chinese poem says that ‘in the Yangtze river the waves behind drive on those before,’ which means that the younger generation can always do better than their elders. I hope that the younger generation would be self-confident, self-assured, and willing to face the hard task of protecting and promoting human rights. They can trust that people like me will always have their back.